Heartfulness Institute as a part of its ongoing initiativeto revive the highly beneficial traditional values& ancient wisdom,hosted Gita Jayanti celebrations on its virtual platform. Almost 15000 people from across the country coming from different walks of life participated in the virtual recital of Gitopdesh and ‘Tales from the Vedas and Upanishads’ book launch.Shri Pavan K Varma, IFS, Author-Diplomat & Former Member of Parliament (Rajya Sabha) graced the occasion with his valuable thoughts on Gita Jayanti. The event received huge participation from various quarters across the whole country.

Gita Jayanti is the day when Lord Krishna delivered his divine discourse to Arjuna on the auspicious day ofshukla paksha ekadasi of the Hindu month of Margashira.As the term ‘Gita’ suggests, the song of God was transmitted by Lord Krishna into the heart of Arjuna this very day.As discovered by founder of Heartfulness, Shri Ram Chandra ji of Shahjahanpur also known as Babuji, The Lord Himself spoke 6-10 verses while the rest of the 690 slokas were transmitted using yogic Pranahuti. The transmitted verses were recorded by Sage Veda Vyasa as slokas in 18 chapters.

The Gita is just as relevant today across all age groups as it was when Arjuna required motivation to fight to keep up ‘Dharma’. In a world that is more and more digitally driven, and children have better comforts and luxuries than their previous generations, imparting the knowledge of The Gita has become mandatory to train children to tread the path of righteousness. To further this cause, Daaji also launchedhis book‘Tales from the Vedas and Upanishads’as part of the eventwherein his keen curatorial selection brings an array of ancient tales of adventure, quests and wisdom. 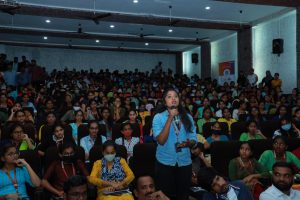 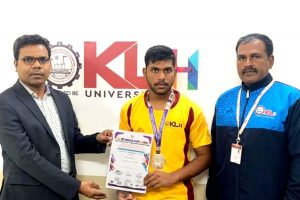 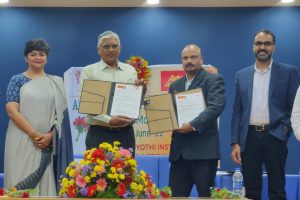 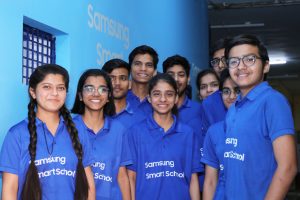