Bigg Boss OTT contestant Pratik Sehajpal’s sister PrernaSehajpal visited him in the house and advised him on his connection with Neha Bhasin. As soon as his sister entered the house, Pratik broke down. After Bigg Boss released him from the ‘freeze’ position, Pratik Sehajpal ran towards Prerna and cried. He told her, “Mummy se milnathayaar. Main letter bhinahipadhpayathayaar (I wanted to meet mother. I couldn’t even read the letter).”

Prerna told Pratik, “TuaurNeha dost tohhaina? Thodisi thin line hotihaiharcheeze k beech mein (You and Neha are friends, right? There is a thin line between some things).” Pratik replied, “There is only friendship yaar.”Prerna then responded, “Harcheezekiek limit hotihai. Koi kisika dost nahihai (Everything has a limit. No one is any body’s friend).” 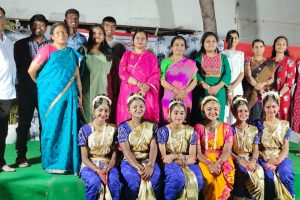