Battery health plays a big part in a smartphone’s longevity. OPPO has always prided itself in its SuperVOOCTM Flash Charge technology and is now pushing the envelope with its proprietary Battery Health Engine (BHE). The BHE chip comes with a Smart Battery Health Algorithm and Battery Healing Technology for improved safety and performance. The algorithm dynamically adjusts and maintains the maximum charging current to prolong battery lifespan and allow for faster-charging speeds. On the other hand, OPPO’s Battery Healing Technology extends battery life by constantly repairing the electrodes while the battery goes through its normal charge and discharge cycles. With these technologies in the Reno8 Series, OPPO has increased the battery charge cycles to 1,600, which is twice the industry average of 800 charge cycles. OPPO batteries now retain 80% of their original capacity for as long as four years—with the same high levels of safety—to make it the most extended smartphone battery lifespan on the market.

As part of its durability promise, OPPO has also optimised its software and hardware to ensure that its newly launched Reno8 series handsets run smoothly both in the early stages—when the handset is brand new—and even after 36 months of sustained use.

To measure and certify its device performance, OPPO joined hands with TÜV SÜD to evaluate the smartphone’s fluency performance.

The Reno8 Series smartphone—after undergoing nearly 500 tests—meets the certification requirements in relevant standards established by TÜV SÜD to obtain the 36-Month Fluency Rating A Mark. The certification comprises five ratings from E to A, of which A is the highest standard.

This third-party certification bears testament to OPPO’s commitment to building devices that not only last longer but also perform smoothly over extended periods.

OS support for longer hassle-free use

To ensure users get the newest features, OPPO promises two operating system updates for its Reno8 Series. The first update to ColorOS 13—based on the newest Android 13—comes to the Reno8 Pro in September, while the Reno8 smartphone gets it in October.

OPPO’s new ColorOS 13 caters to a hybrid lifestyle with support for up to 18 live apps in the background. It comes with a host of new features including Multiscreen Connect, Meeting Assistant, and Always-on Display.

Both Reno8 smartphones will get a complete operating system overhaul in 2023 again; this means that these handsets will be running the most current OS until the second quarter of 2024. 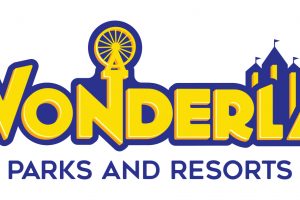