With a promise to offer inspiring and thought-provoking content and meaningful engagements to its viewers, Sony BBC Earth, India’s most loved factual entertainment channel completed 5 years in 2022. The channel has delivered ground-breaking shows along with interesting initiatives this year, making its audience feel alive. As the year 2022 comes to an end, let us have a look at the key tentpoles launched and the important highlights for the year.

With a tagline of “Make Every Moment Meaningful,” the brand launched an anniversary special 360-degree campaign that included a host of activities. On Instagram, Sony BBC Earth announced a user-generated contest titled #5YearsOfLife, inviting people to share how they have added meaning to someone’s life, through reels using the brand audio. Taking the excitement, a notch higher, Instagram filters were built using augmented reality, the filter worked when users pointed their camera towards the Sony BBC Earth logo (on-air, web, print, and outdoor) and their screens came alive with animated animal figures. This was complemented with a property ‘5 Years 5 Mega Shows’ giving viewers a chance to vote for their favorite movies which were then aired on Sony BBC Earth.

Sir David Attenborough’s Green Planet from the Planet series was launched on the channel. The channel aligned the promotional phase of the show with Earth Day where ‘Green Planet’ campaign was announced. To engage people, Sony BBC Earth set up a ‘Green Planet’ installation – an Earth exhibit using plants at Phoenix Market City. During this 3-day activation, people received a miniature sapling as a small and meaningful gift for sharing their efforts towards a Green Planet. It was followed by a workshop by eminent Plantfluencer Ann Mathew on ways to upkeep indoor plants and the benefits of home gardening. The miniature saplings were also given to school kids to inculcate the idea of taking care of plants. 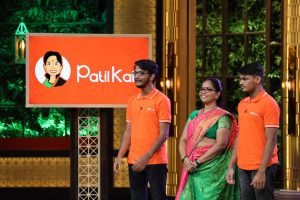