A throbbing investigation of criminal masterminds and a gray hero living in the dark to discover the truth – the race to the finale is crucial. With an even darker, suspense-packed visual, Disney+ Hotstar today unveiled the second trailer for the most-awaited Hotstar Specials crime thriller,  Rudra- The Edge Of Darkness at an event in Mumbai. Building curiosity, the trailer opens with a terrific dialogue by Ajay Devgn, “Jo andharo mein chupta hai, main usse wahi milta hu.”  As he further introduces himself as ACP Rudra Veer, we get to see a glimpse of him solving the most mysterious crimes in the most unconventional ways. Helmed by ace director Rajesh Mapuskar, this riveting psychological crime drama is celebrated actor Ajay Devgn’s digital series debut, where he will be donning the avatar of a cop never seen before. Produced by Applause Entertainment in association with BBC Studios India, the series has been shot at the most iconic locales of Mumbai. It also features a stellar cast including Raashi Khanna, Esha Deol, Atul Kulkarni, Ashwini Kalsekar, Tarun Gahlot, Ashish Vidyarthi, and Satyadeep Misra in pivotal roles. “In Rudra – The Edge of Darkness,  we are excited to bring a riveting thriller with one of India’s most loved actors, Ajay Devgn. Sameer Nair and his amazing team, Applause have helped deliver a show that we hope you will enjoy” said Gaurav Banerjee, Head, Content Disney+ Hotstar, and HSM Entertainment Network, Disney Star.Sameer Nair, CEO, Applause Entertainment, said, “We are truly excited to be part of Ajay Devgn’s digital debut at such an ambitious scale with Rudra – The Edge Of Darkness.  It’s been a terrific experience working on this unique narrative together with an amazing cast, crew and our production partners, BBC Studios. At Applause, we believe in the power of stories and storytelling,  and with Rudra, we take forward our creative partnership with industry leader Disney+ Hotstar, and hope to continue entertaining audiences across the globe.”
Director Rajesh Mapuskar said, “Rudra spins a darker and grimmer tale to the usual cop and crime drama. The psyche of criminal minds is explored unusually with a hero who is quite dark himself, all through his pursuit of the truth. It was absorbing and enthralling to make and I hope it feels like that in the viewing.” 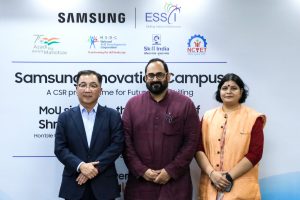 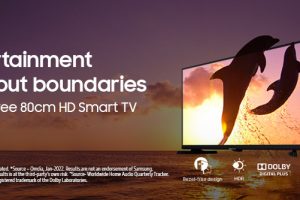