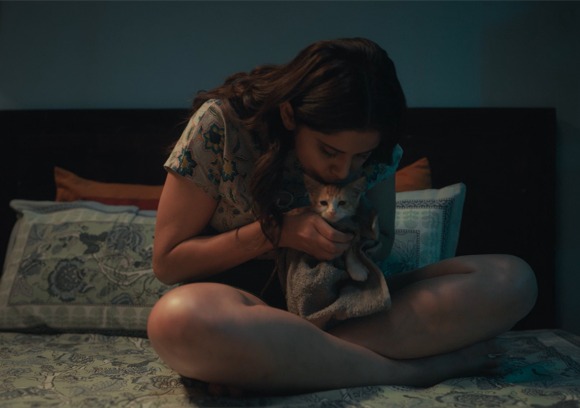 Having furry friends is a blessing. They are like kids, an integral part of the family, soaking away all negativity with their simplicity and love. Becoming a pet parent is a wholesome emotion, nothing short of parenting human babies. This is possibly why an increasing number of young couples are now choosing to become pet parents first, to get a taste and feeling of parenthood, albeit a different way. Telling one such delightfully heart-warming story is Pet Puraan, SonyLIV’s latest original in Marathi.

Premiering on 6th May, the show documents the journey of a young couple, Aditi and Atul, who become pet parents to a cat and dog against a traditional Maharashtrian backdrop. The feel-good social comedy on pet parenthood is packed with lots of light-hearted wholesome moments, the first of its kind in Marathi. The show stars Sai Tamhankar and Lalit Prabhakar who embark on a pet parenthood journey, much to the chagrin of their family and relatives, who portray a familiar generation gap, with very different ideas about parenting. Directed by Dynanesh Zoting, the show takes everyone on a jolly pet ride.

Dynanesh Zoting has always been fond of animals and having a cat and dog on the set made it very exciting for him. He shared anecdotes on how the entire cast and crew got friendly with the pets. “We were excited to work with these amazing pets. The cast and crew got really friendly with them, especially Sai, who was afraid of animals. She eventually grew fond of them.”

As for himself, he became a fan of the cat from the first day itself. “I fell in love with the kitten from the beginning. I would spend all my free time playing and cuddling with it. I couldn’t help it by the time we finished the shoot and adopted the furry baby.”

Pet Puraan produced by Ranjit Gugle of Huge Productions will premiere on SonyLIV in Marathi, Hindi, Tamil, Telugu, Malayalam, Kannada, and Bengali. So, don’t forget to catch the series on 6th May.