Yash Raj Films is the biggest Indian studio and it’s Chairman and Managing Director, Aditya Chopra, has directed and produced some of the biggest blockbusters in the history of Indian cinema. His debut directorial, the historic romantic film Dilwale Dulhania Le Jayenge, which released in 1995, is still running in theatres. Popularly called DDLJ, it is one of the highest grossing movies in the history of Indian cinema and the biggest IP of the country’s rich and diverse movie industry.

After 26 years, Aditya Chopra is set to direct DDLJ again and it will mark his debut as a director on Broadway. He strongly feels Broadway and Indian films are ‘two long lost lovers separated in time’ because of their intrinsic similarities as both celebrate heart-warming stories and human emotions through music and dance. Aditya has been working on this passion project for the past three years and has roped in a stellar, extremely diverse team, comprising some of the best talents of Broadway and India for the same. 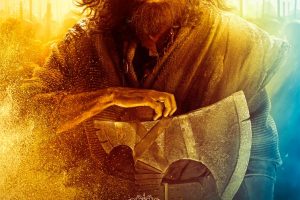